IDI GTA has been giving Public Heroes Awards since 2011 to recognize the outstanding service of Toronto Police, Fire and Paramedic Services in maintaining public safety in the city of Toronto. In 2014, upon recommendation from its advisory board, IDI GTA has decided to extend the scope of the awards to whole Greater Toronto Area (GTA).

The goal of the awards is to recognize the dedication and excellence of individual members or team members of police, fire and paramedic services in GTA (including Canadian Armed Forces, RCMP, OPP, ORNGE and Corrections Ontario) for delivering their services in an ethnically and culturally diverse environment.

Award recipients are selected by a hosting & selection committee based the following three criteria: “Altruism”, “Dedication” and “Community Involvement”.

Members of the Hosting & Selection Committee

Nominations, Selection Process and Awards
One staff member or a team from each service in all four regions of GTA (Peel, York, Toronto, Durham) as well as members of RCMP, OPP, ORNGE, and Correctional Services will be awarded with Public Heroes Award.  Nominations will be submitted online by members of the public. The selection committee will cast their votes online to determine the award recipients. 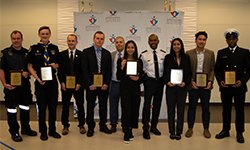 Every year IDI Toronto organizes a media launch to kick off the nomination process for Public Heroes Awards. This event is also the venue for recognition of the youth, future Public Heroes. 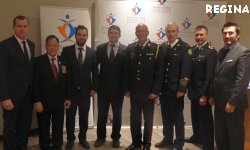 Public Heroes GTA 2016 Awards Ceremony was held on April 14, 2016 at Mississauga Convention Centre. 16 heroes from several services across the GTA were presented Public Heroes Awards. Click on the picture to see the list of award recipients along with photos and videos from the awards ceremony.